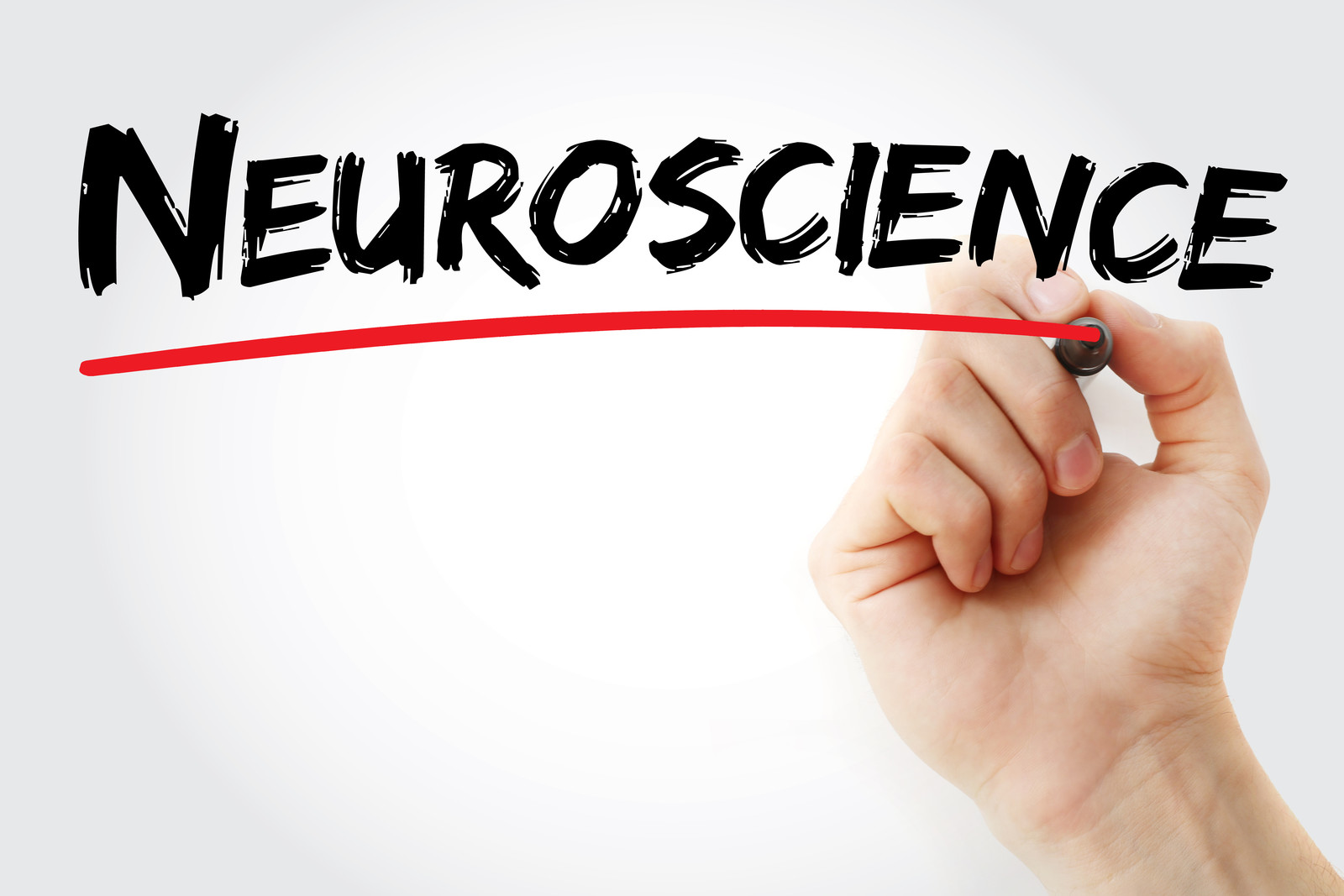 Essentially the construct of neuro-agility is grounded in neuroscience as it addresses the brain-based elements that impact the speed, ease and flexibility with which people learn, think and process information. The ease and speed of learning, thinking and processing information is primarily influenced by the electrochemical functioning of the brain.

Developing neuro-agility is a prerequisite for the brain to function at optimum level as one integrated, whole brain system without any neurological hindrances. It is about the readiness of all the senses to absorb and process incoming electrochemical impulses and 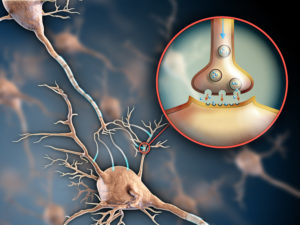 transmitting those impulses at optimum speed to the appropriate brain regions required to execute the desired learning, thinking or processing functions required in that moment.

Sufficient transmission of electrical impulses depends on an efficient conductor – water. Water is the “magic solvent” for charged particles that conduct electrical impulse across the axon of the neuron. If the body is not hydrated, lacking water, cellular polarity will not occur and impulses will not travel along the neuronal axon or at the maximum speed it is supposed to. Anything that dehydrates the brain and body slows down and hinders electrochemical transmission and has therefore a negative impact on a person’s neuro-agility.

The brain produces 20 – 25 watts of electricity. 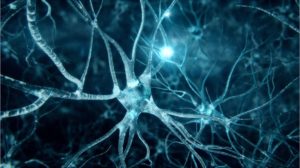 This means the brain produces electricity, as well as conducts electrical impulses. Anything that slows down, hinder or even block the speed of electrical transmission is referred to as a neurological stressor because it will negatively impact a person’s neuro-agility. Factors such as brain agility, stress, lack of sleep, insufficient movement, lack of a growth mind set, bad eating habits and a dehumanized environment are all neurological stressors that will slow down or inhibit the speed of electrical transmission.

The second aspect relevant to understanding the electro-chemical functioning of the brain, is to understand the impact of the chemicals that run the brain. All cognitive processes in the brain are grounded in bio-chemical reactions. Emotions are feelings. What do people feel? The impact of a chemical response to something they think about, learn or experience. Laughter for instance, makes one feel good because the body’s happiness chemical, called serotonin, is produced. 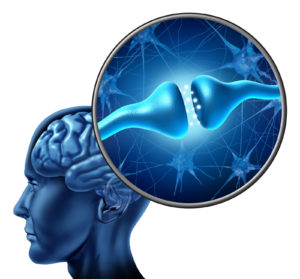 Although there are many chemicals that are secreted by the brain and body, it can be organized into two groups – neuro-transmitting chemicals also referred to as facilitators and inhibiting chemicals that slow down, hinder or even prevent transmission of electrochemical impulses.

The following scenario illustrates the functioning of these chemicals. If one drives down the street and someone runs in front of you, an instinctive reaction will be to hit the brakes. When the car comes to a standstill, you will feel “pins and needles” in your legs. The names of the chemicals that cause the “pins and needles” feeling are called adrenalin, morphine, and cortisol. Adrenaline normally gives one extra power. Morphine is an inhibiting chemical that subdues the pain message, and cortisol is the name of the stress hormone. The impact of morphine as an inhibiting chemical is illustrated below: 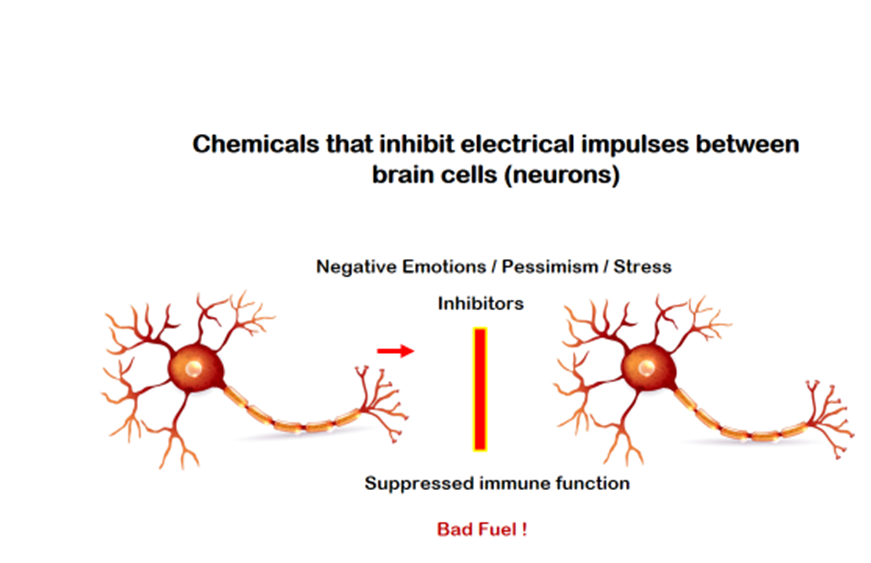 Further to the example of inhibiting chemicals, if someone got hurt in a serious accident, the person may not feel the pain, or less pain for a few minutes to even as much as an hour, depending on the volume of morphine that was released. The main function of the morphine is to subdue, inhibit or even block transmission of the pain impulse. The pain is there, but the person does not feel the full intensity of the pain, enabling the person to deal with the situation they find themselves in. That is why it is referred to as an inhibitor.

If these inhibiting chemicals are continuously being produced over a long period of time, it can be seen as bad fuel for the brain.  Continuous bad feelings and habitual negative thoughts produce bad fuel, which negatively impact the electro-chemical transmission of impulses in the brain, weaken the immune system and cause bad brain health. If our state of mind is dominated by inhibiting chemicals, it will directly impact the ease, and speed of all thinking and learning processes in a limiting way. We will then not be neuro-agile enough to flex sufficient mental muscle to solve complex problems, be innovative, make smart decisions and think and learn as effectively as we could.

Although it is natural for all human beings to have negative thoughts or experience negative emotions, it is essential to not get stuck there. It is not a problem to have negative thoughts or experiences, but the continuous secretion of inhibiting chemicals over time is what will have a negative impact on our neuro-agility, health, wellness, happiness, performance, communication, and social cohesion.

Einstein once said: “We cannot solve a problem with the same kind of thinking that created the problem”. Subsequently, continuous negative thinking, also referred to as limited thinking will lead to being less neuro-agile. If we want to be neuro-agile during disruptive change and still make a constructive difference, it means we must function on the right fuel. Neurotransmitters which facilitate electrical transmission from one cell to another, is considered as good fuel. To ensure we produce the right fuel for us to be neuro-agile, we need to produce continuous positive thoughts, growth mind-sets and constructive emotions. 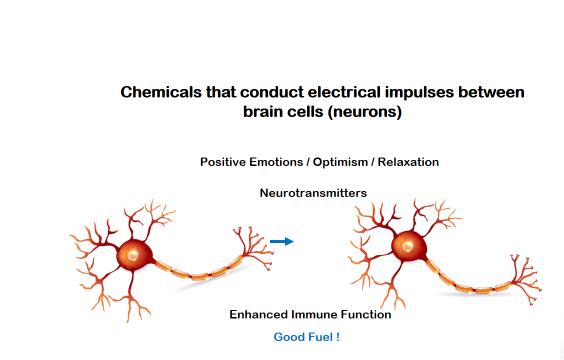 Positive thoughts, emotions and experiences produce neurotransmitters which conduct electrical impulses between brain cells at optimum speed, energize us and strengthen the immune system. Continuous good feelings produce good fuel for the brain and body. When these neurotransmitters become the dominating fuel that run our brain and body, the ideal neurophysiological environment is created to optimize the ease and speed of electrochemical transmission for thinking, learning, innovation, problem solving, decision making and creativity.

The implication of the electrochemical functioning of the brain for becoming and staying neuro-agile people, is that they need to be constantly aware of the chemicals that dominate their mind and body and take deliberate actions to produce more neurotransmitters that will help them optimize the speed and ease of electrical transmission.

We use cookies on our website to give you the most relevant experience by remembering your preferences and repeat visits. By clicking “Accept”, you consent to the use of ALL the cookies.
Do not sell my personal information.
Cookie SettingsAccept
Manage consent